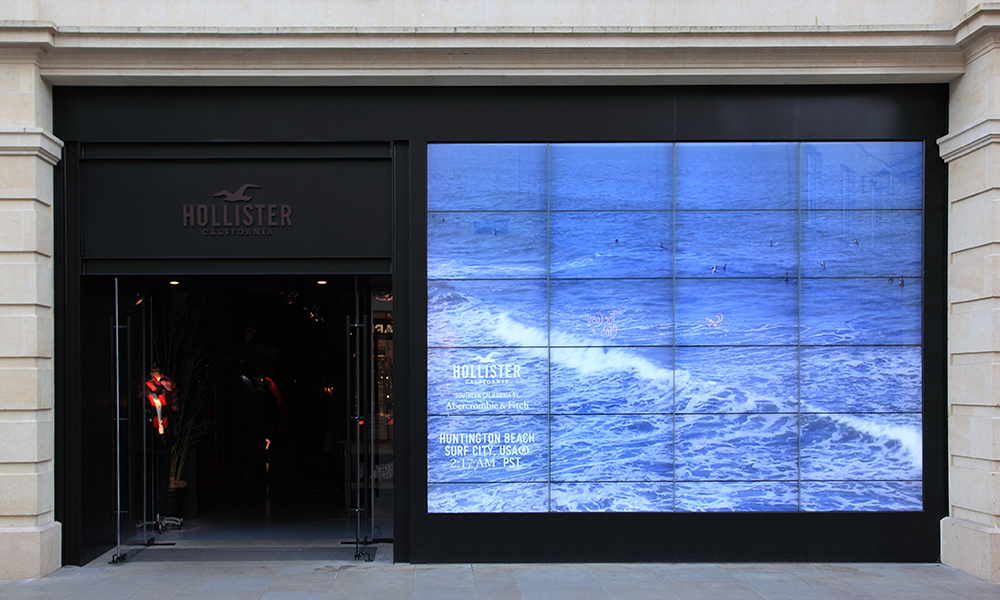 The European expansion of the American Abercrombie & Fitch Group and its subsidiary Hollister began in 2009 with the opening of the first stores in the UK and Germany. Since then, both fashion labels have opened more than 100 stores in all leading shopping centers and street locations in Europe.

Since the beginning of this expansion, Uptico has established itself as one of the most important partners for the A&F Group in this European rollout. The cooperation includes services such as work and planning preparation, approval procedures, project and construction management for the implementation of the stores in countries such as Germany, Great Britain, Belgium, the Netherlands, Switzerland, Austria, Italy and Poland.

We are looking forward to hearing from you